The activity of publishing small books intended for children started at the very inception of Samithi.

Even a monthly named ‘Viveka Margamu’ was published in small numbers and circulated among the youth members of the samithi in the early 1970s. 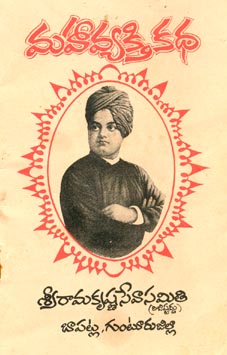 One of the very first publications of our samithi. This book is presently incarporated into the book ‘Pushpanjali’ along with an other publication ‘Levondoy Levandi!’. 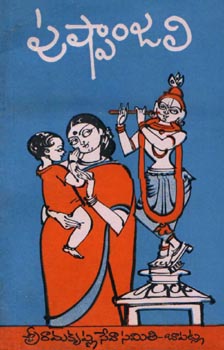 The Childrens book Pushpanjali as it appeared in 1984 in its first print. Sri BSR Anjaneyulu, our founder, prepared this book. It was a compilation of all the material that was taught to the children of Balavihar.

The title page was designed by the famous artist ‘Bapu’. This first edition was published on 14.1.1984.

The present Edition is redesigned, revised, enlarged with more pictures and new material.  It is offered at the feet of Sri Ramakrishna on 14.1.2004.  Reprinted several times. 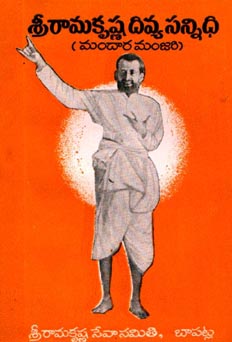 Sri Ramakrishna Divya Sannithi is a compilation of some songs from Sri Ramakrishna Kathamrita. The songs were composed by the founder of the Samithi Late Sri BSR Anjaneyulu. It was published around 1980. He translated all the songs that are found in the Kathamrita into Telugu which were incarporated into the Telugu Kathamrita published by Ramakrishna Math, Hyderabad. 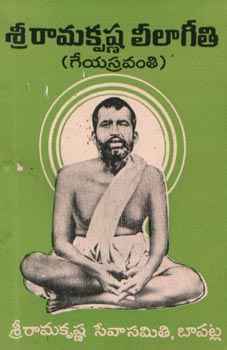 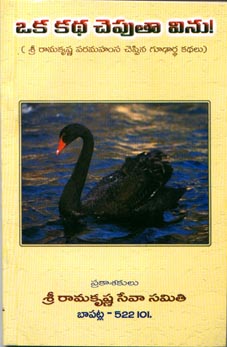 The face of the first print of Oka katha cheputa vinu! This is reprinted several times. 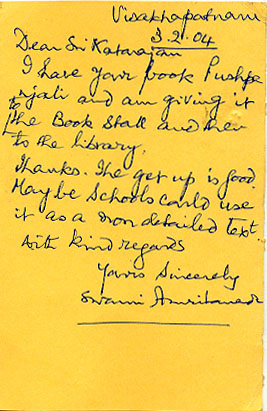